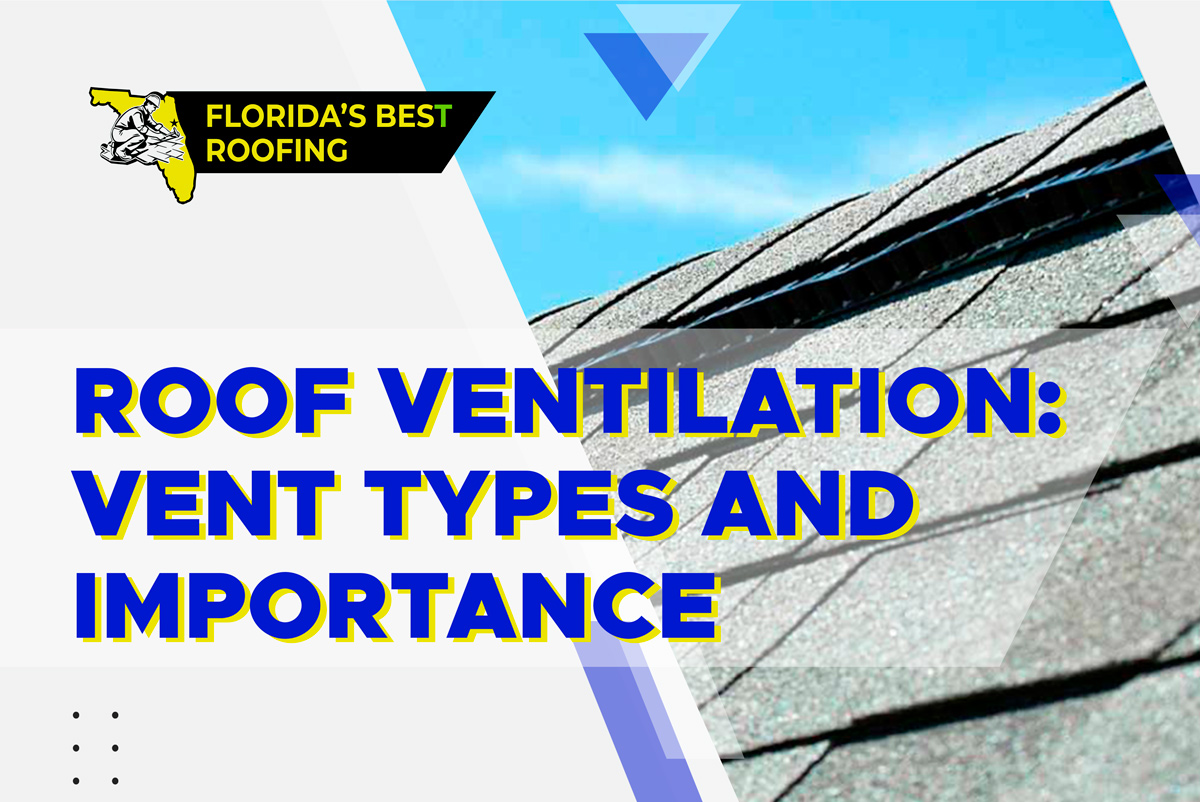 Good ventilation systems extend the lifetime of the roof and can reduce the energy consumption and cost of the structure! There are two types of ventilation: exhaust (letting out stale air) and intake (bring in fresh air). Ideally, a roof will have both types of ventilation, but occasionally the architecture of the home will allow only for exhaust, but not intake. Although having both is best, just exhaust is better than nothing at all.

Why is exhaust ventilation important? This is because hot air rises and contains moisture. This is an issue in any climate, but especially in a warm one like what we have in Florida. If hot, moist air is allowed to stagnate in the attic, it will lead to mildew and mold problems which will compromise the wood framing and decking of the roof. To prevent this, exhaust vents are installed at the top of the roof, most often on the ridges, to release this hot air.

Why is intake ventilation important? It’s important because while hot air rises, it is helped if cooler air is taken in to push it up. Intake vents are installed along the eaves of the roof, usually in the soffit, to take in cool air and push the hot air up through the exhaust vents.

Unventilated or improperly ventilated roofs can lead to major, expensive problems such as poor indoor air quality, overburdened air conditioning systems, moisture in the attic space, and dry rot of roof sheathing. Although this is not a problem in Florida, in colder climates ice dams can also form on roofs in the winter months, straining the roof framing and wearing down the material covering the roof.

So what are the different types of vents? Well, there are 7 common types of exhaust vents and 4 types of intake vents. We will start with the exhaust.

Ridge Vents: These are the most common and effective type of exhaust vent. They are installed across the peak or ridge (hence the name) of a roof, allowing the rising hot air to exit out of the highest point. Ridge vents usually run across the entire peak of the roof, or even across multiple ridges, if the roof is large enough to have these. This allows for maximum surface area for the hot air to escape. Ridge vents are installed over a 2 inch gap that is cut in the roof decking at the peak of the roof. They come in two main types: aluminum and shingle-over.

Off Ridge Vents: These types of vents are smaller than ridge vents. They vary in size from 2 feet to 8 feet, but the most common type is 4 feet across. They are typically installed about one foot below the ridge line, after a hole the size of the vent is cut in the roof sheathing. While off ridge vents are not as effective in letting out the hottest air as ridge vents–because they sit below the very top of the roof and have a smaller surface area–they are often chosen for more complex roofs, roofs with short ridge lines, or as auxiliary exhaust venting on roofs that do also have ridge vents.

Box Vents: These are also called turtle vents, since their raised box shape somewhat resembles the shell on a turtle’s back. They are quite similar to off ridge vents and come with both the same drawbacks and advantages. The difference between the two mainly lies in the shape: off ridge vents are elongated, but box vents are square, usually sized 18 inches by 18 inches. These are typically installed in bunches on roofs with short ridges or as auxiliaries in areas of the roof that require ventilation but are not suitable for a ridge or off ridge vent.

Hard-Wired Powered Attic Vents: These are electric propelled fans that help to pull stale air out of the attic space. They are hard-wired into the home’s electrical system and rely on it for their function. There is some debate over the effectiveness of powered attic fans, but they do provide some exhaust ventilation. What is definitive is that their constant use of electricity does raise the home’s electric bill. Another issue is that in air-conditioned homes the powered fans can pull the cooler air from the house’s interior, which raises the AC costs.

Solar Powered Attic Vents: Solar powered attic vents are exactly like the hard wired power vents, except that they get their power solely from a solar panel attached to the vent. This removes the increased electricity cost, but does not eliminate other issues. Like the hard-wired power vents, they are often either too powerful or not powerful enough to function efficiently with the roof’s ventilation system.

Roof Turbines: This is a device that consists of aluminum blades within an aluminum cowl. The blades rotate due to wind movement and pull air from out of the attic and distribute it to the exterior. The upside is that they are eco-friendly and quiet even on very windy days. The downside is that because they are small, many would be needed to ventilate a whole roof. Additionally, they require winds of at least 5 or 6 mph to function properly, which means they provide no ventilation at all on still days.

Cupola Vents: Cupola vents are unique, rare, and expensive. They are, however, often quite beautiful and add to a home’s aesthetic. They were originally created to allow a lot of air into a barn to help dry hay and other crops. They act as both exhaust and intake. They come in many shapes and sizes and often feature quite elaborate decorative features. Another positive to cupola vents is that they allow more light into the home.

Soffit Vents: This is by far the most common and effective type of intake ventilation. Soffit vents are installed directly on the eaves of the roof (or the “roof overhang”) to provide continuous ventilation around the roof’s perimeter. Soffit is typically made of vinyl or aluminum and can be continuous or individual.

Gable Vents: These are usually round or triangular vents just below the peak of a roof’s gable. They function partially as intake and partially as exhaust vents in a horizontal cross-ventilation system where air flows in one side of the attic and out of the other. This is alright, but less effective than the vertical cross-ventilation of soffit and ridge vents.

Over Fascia Vents: These vents are placed at the top of the fascia board and below the first row of wood covering. They are less effective than soffit vents because the intake surface area is decreased; however, they are very useful in cases where the size of the eaves’ overhang does not allow for soffit venting.

Drip Edge Vents: These are very similar to over fascia vents. The only difference is placement, as they are either part of or added to the roof’s drip edge. The drip edge is a metal strip that is attached at the edge of the roof to direct water drainage off the side or into the gutters.

We hope this post has shown you the ins and outs of roofing ventilation. As always, for all your roofing needs in Flagler, Palm Coast, Bunnell, Daytona Beach, and Deland call Florida’s Best Roofing at 386-263-7906 for a free estimate! 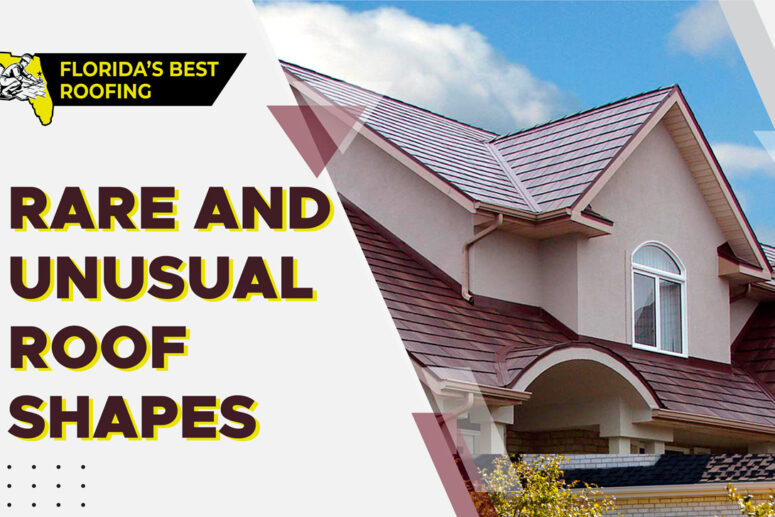 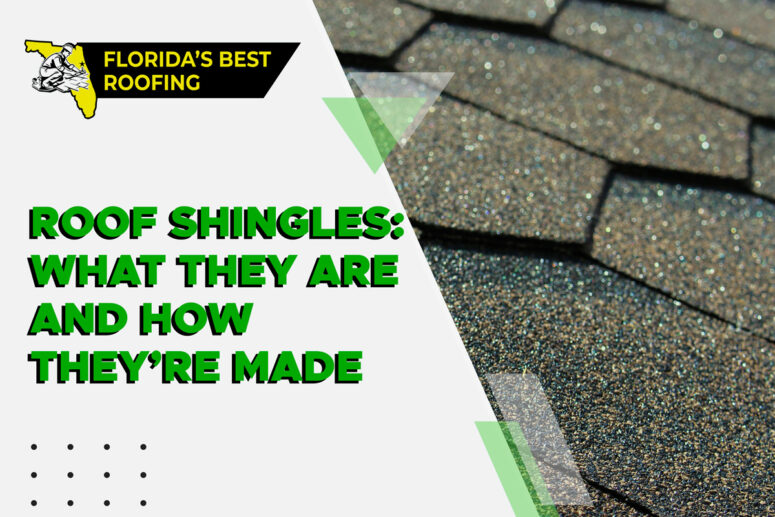 Roof Shingles: What they are and how they’re made